Hey, this photo is ©

A powerful aerial and physical theatre performance using the Japanese art of shibari, exploring mental health cycles of repetition and the struggle to break out.

“Deep into that darkness peering, long I stood there, wondering, fearing, doubting, dreaming dreams no mortal ever dared to dream before.”

Obsessive inner voice that doesn’t let you be at peace.

Pulling you back into your head.

At times it feels like being a prisoner. It feels like drowning in a thick slime, dark and cold.

And yet, at the end of the day, despite the your inner suffering, you have to put your mask on, your uniform nice and clean, and get out. Go to work, school, for a meeting, walk the dog, shopping.

We are not alone in this. 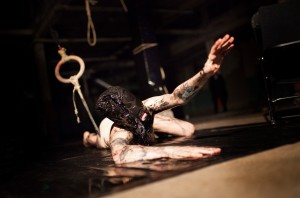 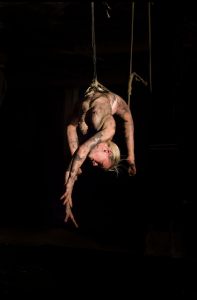 In this performance we are using elements of physical theatre, puppetry, aerial self-suspension, ambient music.

It’s an exploration of what happens in the dark.

“The Dark. Might it be the dark that we experience within ourselves, the one around us, the one in the basement, or in the night in the forest. Could be literal of metaphorical.

Is it possible to play in the dark?

Children learn by playing, and how adults learn? Are they allowed to play? And what about Creatures? How would they learn? Would they be gentle? Primal?

What are the rules?” 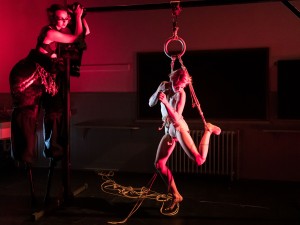 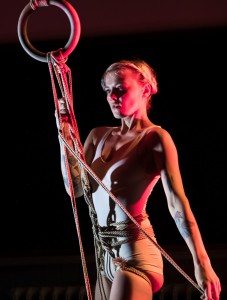 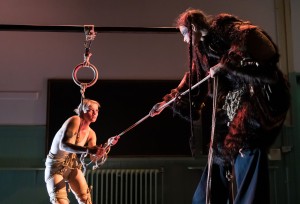 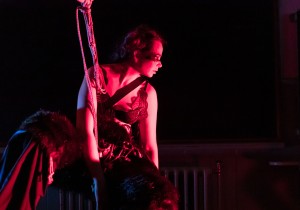 ‘A dynamic exploration of sexual and emotional abuse within a relationship, and its pernicious shockwaves though the self.

During this performance I explore the process of an abusive relationship, especially sexual and emotional. Props that I use for this piece are very symbolic and help the audience to feel exactly what victim of such relationship is going through, step by step. By using specially composed ambient music I will take the audience on the journey of joy and excitement, fall, manipulation of the abuser, through exploring traumatic physical experience of being abused, to lead them to the point that there’s always a way out. That there are paths, and people , who are whiling to help. That the closed blind circle of pain may end in a positive way, and let you grow stronger and more beautiful than ever.
To achieve that I am using techniques of physical theatre, slow motion movement, ambient music, shibari rope work and art installation.
I have worked on this performance since 2017, and already performed it very successfully in London at the Modern Panic VIII, Rope Spirit in Prague and ANATOMY in Edinburgh. Next showing of this piece will take place at the Manipulate Festival in Edinburgh (February 2019).

Methods that I use have elements of Physical Theatre, Shibari, Aerial and Visual Arts.

I would love to perform this more, as I noticed it may help other people who experiences similar stories, to sooth their trauma from the past, or help them to leave such abusive and destructive relationship if they are in it at the moment.

Running at only 20 minutes, and using the most minimal of scenography (a suspended hoop, rope, a circle of knives and a single performer), Kasia Zawadzka’s solo is a bloody and brutal reflection on the trauma of abuse that manages to be eloquent and immediate, emotive and meditative. The performer suspends herself from the hoop, releasing the ropes that cut into her body, covering the stage in blood to present a symbolic journey of violence and release that, appropriately for the manipulate festival, is a reminder of the power of the visual image above language.

Despite its short running time, 99+ is a complete and unflinching depiction of abuse that demonstrates the power of simplicity and the dynamics of power: harsh, unwavering and raw, it becomes a ritualistic banishing of violence, a demonstration of self-determination and a skilful use of aerial artistry placed at the service of a precise depiction of a traumatic experience. 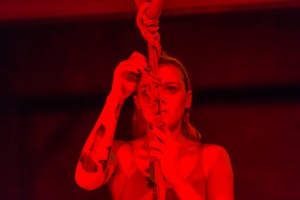 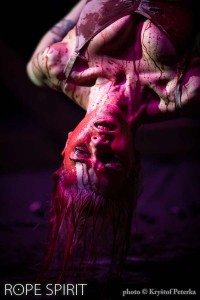 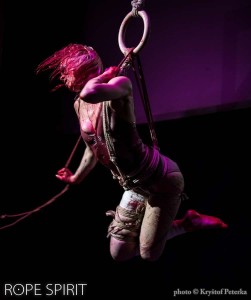 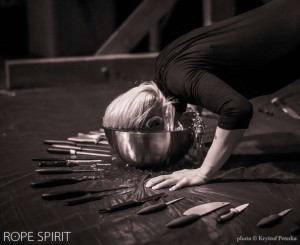 Chewing Gum is everyday, it is left on the street– stuck to the shoe, the working week; it is hard to shift, hard to shake.
We are chewing gum…
That no amount of industrial cleaner has been able to lift from the concrete.

Chewingum is a promenade dance by It’s Complicated Collective. As we move through the space we will pick up and stick to bits of debris, to windows, each other and members of the public.

A promenade dance with elements of butoh and body isolation that traverses the Hidden Door Venue getting tied up through the use of shibari rope work. Accompanied by live musicians. 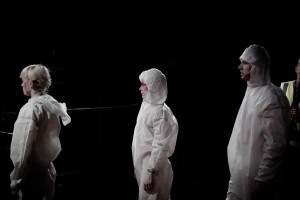 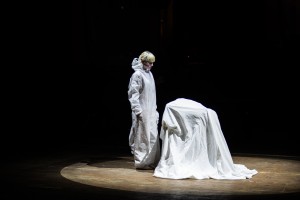 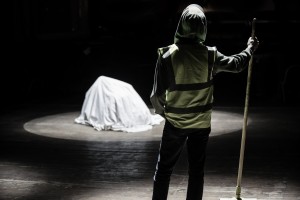 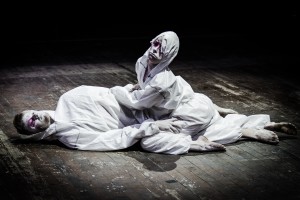 “Repetition is not repetition, … The same action makes you feel something completely different by the end.” – Pina Baush

Performed as part of the the Soap Box night, at Anatomie Studio in London in June 2016. I would like to take this performance further and expand the amount of interaction with an audience. I believe that breaking the fourth wall and having more connection (both physical and emotional) with an audience, takes performance into different dimension and makes it richer. 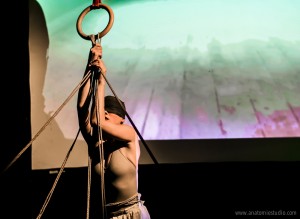 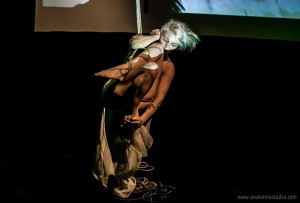 Showcase for the Diploma in Physical Theatre 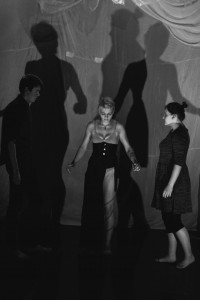 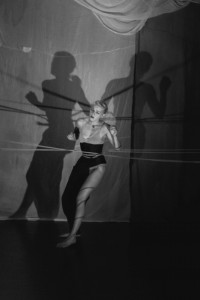 Final Assessment for the Diploma in Physical Theatre.

“Oneness” is a short act, a 10 mintues long piece – it is a part of performance that I wrote almost 1 year ago. It is a physical presentation of overcoming traumatic experience. The idea was clear from the very beginning, I just didn’t know how to ‘touch’ it, and where to start. Final assessment was giving me perfect opportunity to explore this concept.

After participating Conflux Residency for Established Artist in April this year and working there on this project, I decided to go deeper and start exploration immidiately. I took the 3rd out of 4 chapters, and worked on it with my fellow students from the course of Diploma in Physical Theatre Practice as a final performance.

Soon I will start working on a full length performance, and I hope to show it in theatres in 2017/18. 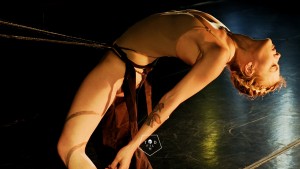 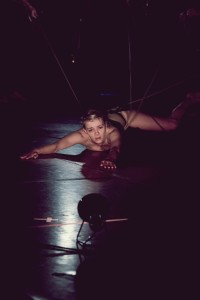 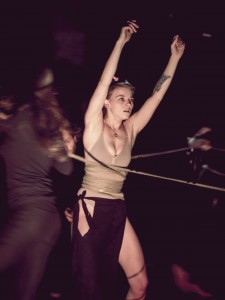